Naturetrust.org is a tax exempt registered Non-Profit organization dedicated to the free access to life saving natural health solutions. Some of our oldest members look back on half a century of natural health advocacy in Africa and are entrusted by their governments to protect the national treasure of traditional medicine. Our European members have fought 2 decades for free access to nutrient therapies during the establishment the European Directive for Food Supplements or the related Health Claims directive.

Actual addition to the honorable members of the WHO’s Expert Committee on Drug Dependence (ECDD):

We habe mostly published scientific references about vitamins and nutrients. We are by no means a Kratom advocacy. Our Members became interested in the plant Kratom after witnessing how it enabled formerly hopeless Heroin Addicts to regain control of their lives, start to work again and become a caring parent again. An increasing number of members reported similar experiences. We encourage everyone involved in Kratom legislation to not fall for the many prepared pharmaceutical PR texts – but talk to as many genuine patients as possible – or read through the many testimonies of US Veterans with Oxycodone abuse, formerly broken families, PTSD and many other ailments. It is hard not to cry about the mere possibility that this godsend solution to the opiate epidemic might get scheduled in an ill advised knee jerk reaction. For some of us it means the only possibility to live their lifes in dignity.

It is key to educate our governments and the public on understanding the accurate use and effects of natural health solutions. By crowdfunding and developing documented professional research and presenting the results, we will all have the scientifically supported facts necessary to educate others on understanding and respecting these solutions and their safe usage.

Our volunteer board and scientific advisory committee are comprised of international professionals and doctors that have each been in the natural health field for more than 18 years, including a leader of the Traditional Healers Organisation (THO) in Africa, headquartered in Johannesburg, South Africa.

Ralf has been in the natural health field for over 18 years.  After his study of Ethnopharmacology in Germany, he became an investigative journalist for the reknown Researcher Dr. Matthias Rath and his Health Foundation. Dedicated to the cause, he became the international project coordinator for the natural health movement behind the scientific breakthrough of Micronutrientherapies. He became an expert for the EU Directives and an outspoken advocate for the free access to effective phytonutrients.

He produced countless educational videos and online communications for a billion Dollar supplement company and is know for his incredible funny seminars on natural health. He is a volunteer affiliate and contributing writer for the Alliance for Natural Health (ANH) in the UK.
He developed nutrient lozenges and candy based on erythritol for various leaders of the supplement industry. If you ever tried an astaxanthine or saffron candy, you know they are a market changer. Their growing success mean that younger members will increasingly have to take the lead in naturetrust.org 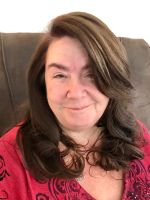 Betsy got into the natural ingredients field by joining the US branch of Dr. Rath’s Cellular Medicine, managing special projects and events, later becoming the US CEO. She had to leave to take care of family matters, and since then, she has been mainly working with start-up companies, primarily focusing on patents and management.

Her volunteer activities include being President of a nonprofit association for support of employee morale and wellness programs, and supporting events for a non-profit dedicated to empowering women and ending domestic violence, human trafficking and sexual assault.  Betsy lives in the San Francisco Bay area in California, USA. 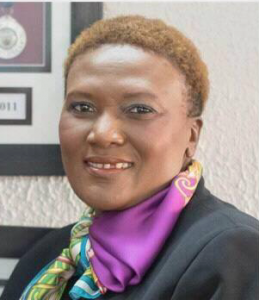 Phepsile is the national coordinator of the 70,000-strong Traditional Healers Organisation (THO) in South Africa and is herself a much sought sangoma (traditional healer). She has dedicated her life to healing people using African natural resources and few experts match her knowledge in herbalism. But it is in politics where she left the strongest mark within the African society as the official Advisor and Member of Government bodies for the education and practical application of Traditional Herbal Medicine. She is reknown in the alternative political movement for her outspoken Advocacy and as a feared opponent in political public debates on issues ranging from women’s rights, Social change  – but Traditional African Medicine always stays closest to her heart – after growing up as the daughter of the official Healer of the King of Swaziland. She lives in Johannesburg, South Africa.

Worked many years for the German Fraunhofer Institut. Collaboration partner of a major European  research association. He coordinated many projects in Russia, Belgium, Netherlands, Austria, Spain.
His key focus are cosmetik and especially the supplementation of human nutrition by traditionally used mushrooms.

Jakub has a long time passion for Politics, International Relations, and Civic Engagement/Empowerment. He possesses versatility and depth of knowledge/practice in varying areas of development ranging from New Technologies to Social Sciences.

Jakub has served variously on technical committees, and local/International regulatory agencies that have developed multiple cutting edge projects; giving a platform to and amplifying the voices of young people in policymaking in Europe and the MENA Region.

He’s an active element of the International Civil Society; having led different youth-focused Civil Organizations over the last couple of years.

Currently, Jakub serves as a European Affairs Officer for The Circle of Sustainable Europe, Brussels. He helps navigate the complexities of the corridors of power in Brussels aimed at building sustainable partnerships across the Atlantic.